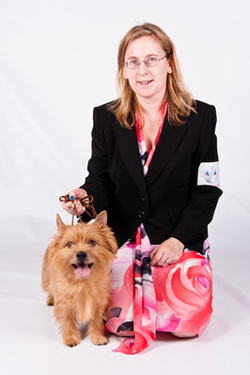 During her career with Featherle, Maria started to advance her career by expanding into dog handling and breeding under the American Kennel Club, where she has won several awards for confirmation including a group 4th placement in Terriers.  Maria also finished Hush Puppy (who is pictured with her) with the United Kennel Club in just only 4 shows. She has also completed several certifications under the National Dog Groomers Association of America as well as won several National and International Grooming awards at grooming competitions.

In 2016 Maria turned Maria Royals Grooming into Hush Puppy's Grooming to honor her dog Hush Puppy who is the mascot  of the company. 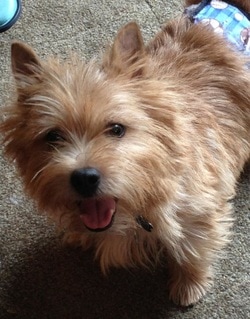 Hush Puppy is a AKC GrandChampion and a UKC Champion. He was Maria's first norwich terriers and also her first dog to finish a championship. He is also the mascot of the company. As Hush Puppy started to get older Maria chaned the company name from Maria Royals Grooming too Hush Puppys Grooming to honor him. Hush Puppy loves to show and eat.